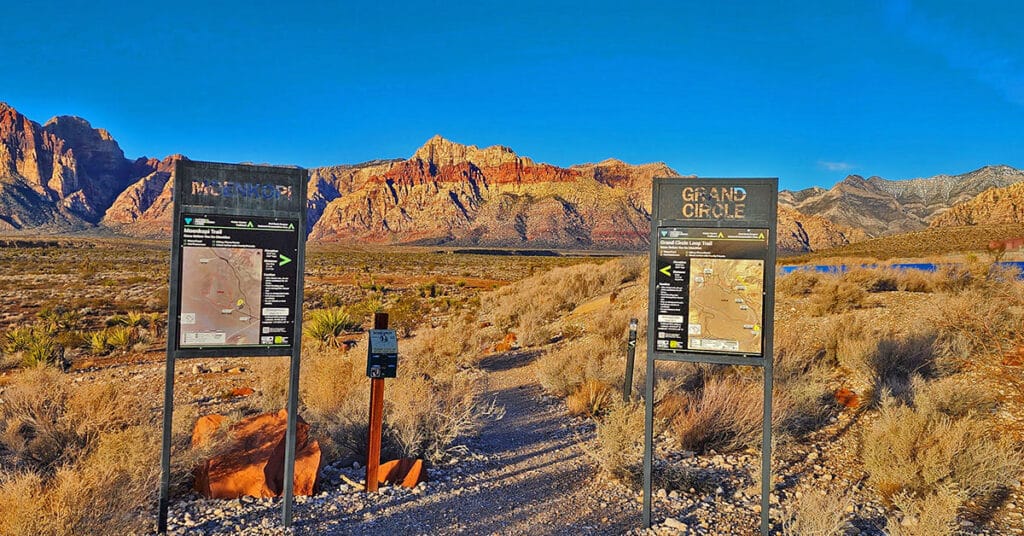 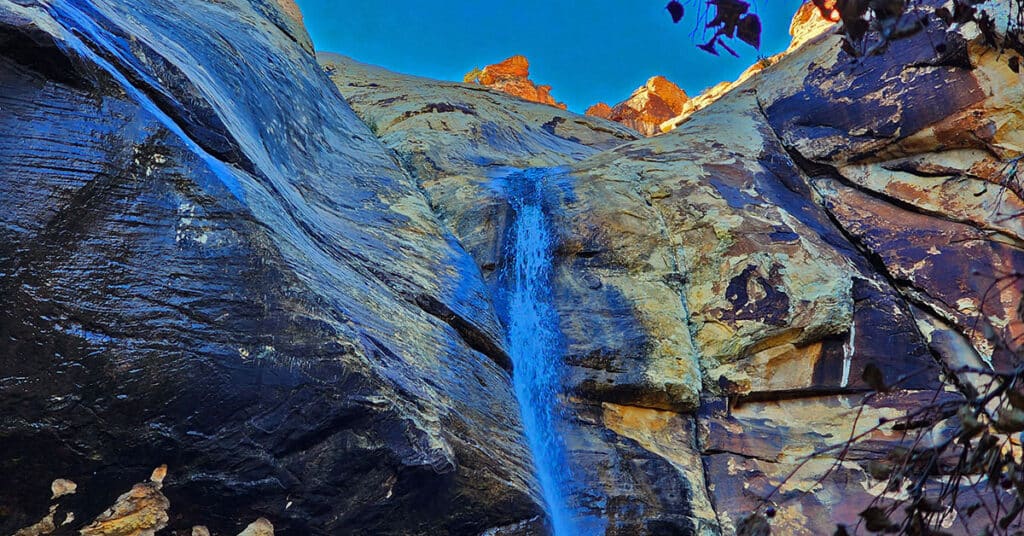 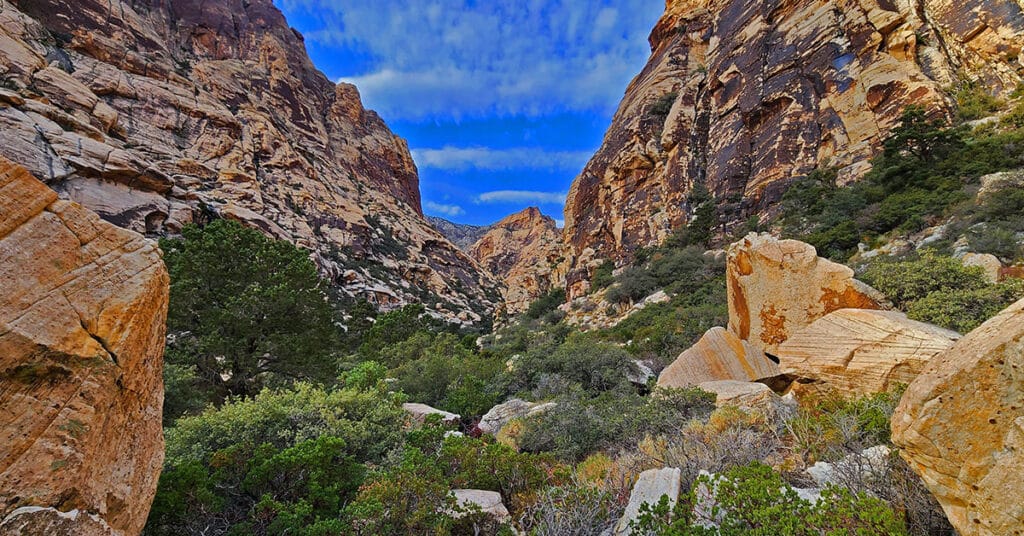 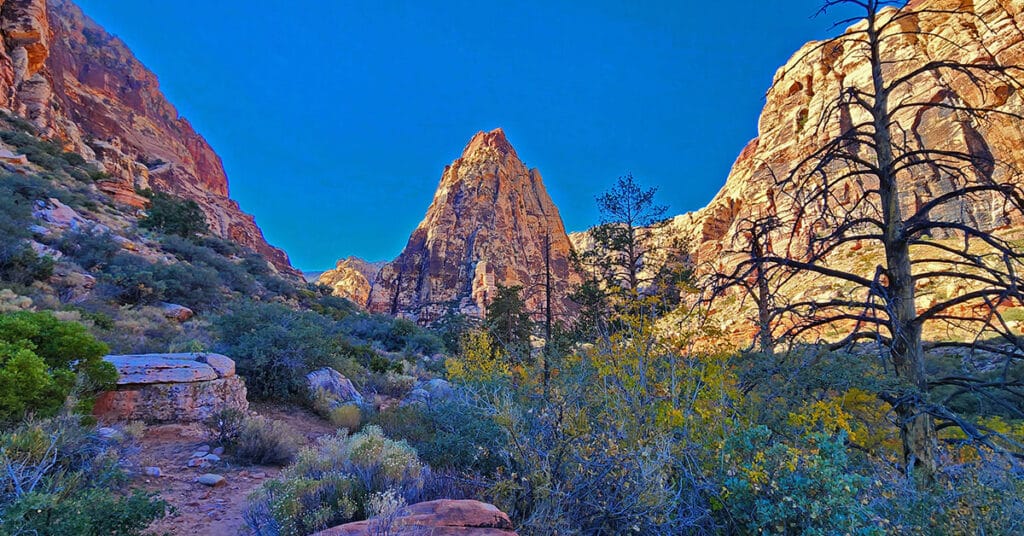 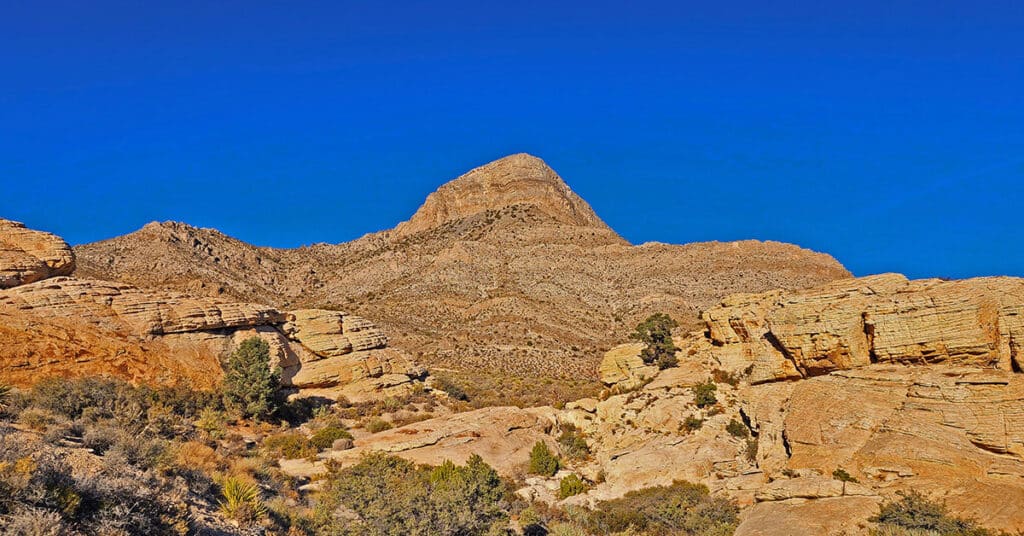 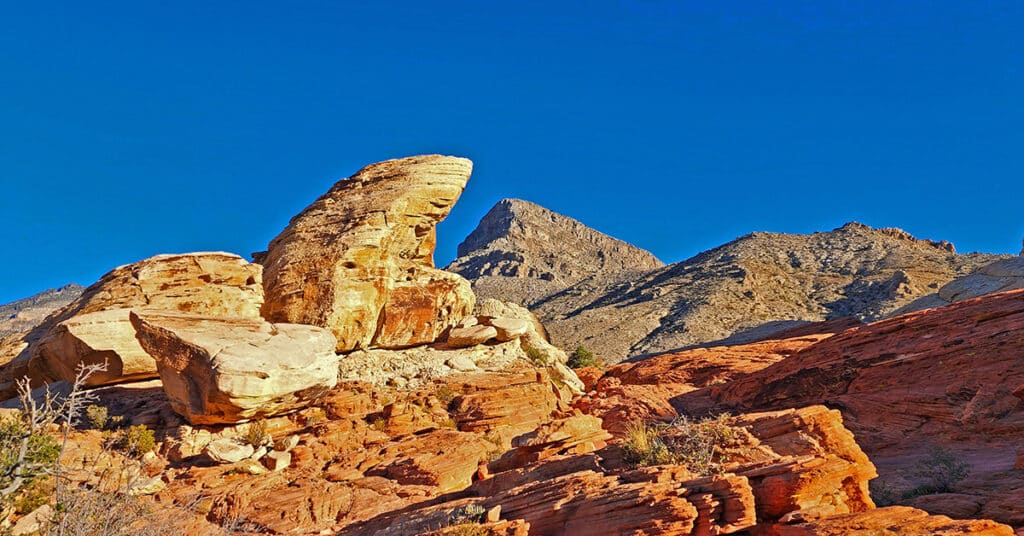 View detailed directions and a video for this artistically beautiful 5mi out and back hike to a large pond surrounded by sandstone cliffs and a spectacular viewpoint at the trail summit. 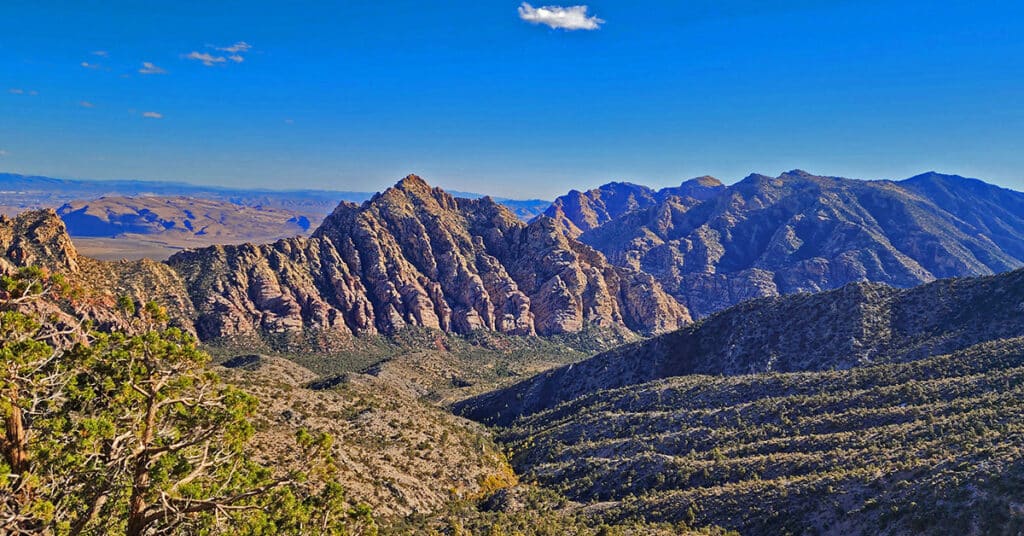 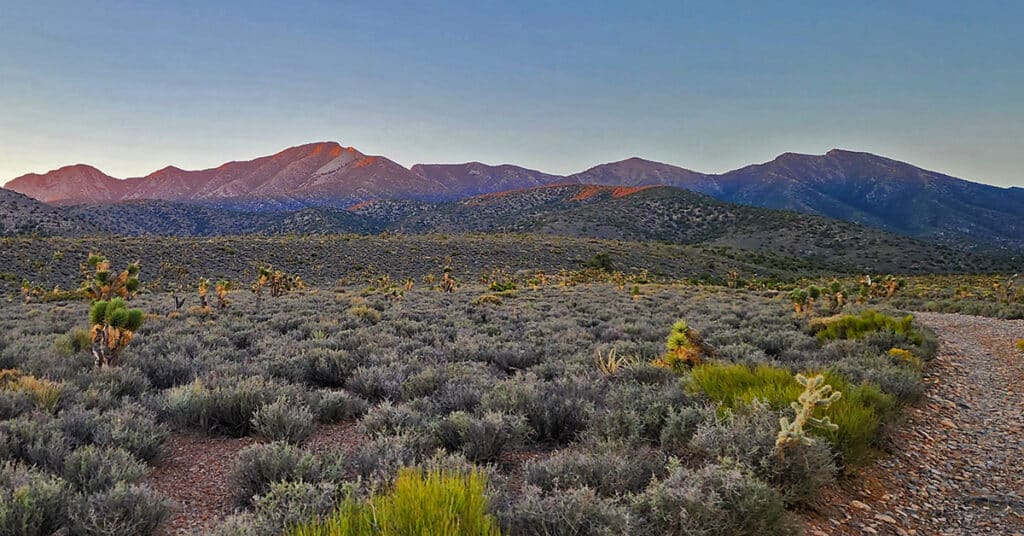 The Kyle Canyon Grand Crossing North is the Northern half of the larger Kyle Canyon Grand Crossing which begins at the intersection of Kyle Canyon and Harris Springs Roads, ascends to the El Bastardo Mountain area on the Keystone Thrust above Red Rock Canyon, then descends to Red Springs Desert Oasis in the Calico Basin. This Northern half of the adventure takes you to the saddle between Burnt Peak and El Bastardo Mountain on the Keystone Thrust Ridgeline, looks down to Red Rock Park and contemplates various routes into the park below before returning to the starting point on Kyle Canyon Road. Highlights include a walk though the beautiful La Madre Mountains Wilderness camping, navigating numerous rocky plateaus through the wilderness up the Burnt Peak approach ridge, exploring a section of the upper Keystone Thrust and seeing spectacular 360-degree views all along the route. Route details: 20 Miles + RT / 4500-7900ft; *Some Road, Mostly Wilderness* Click image or title above for more… 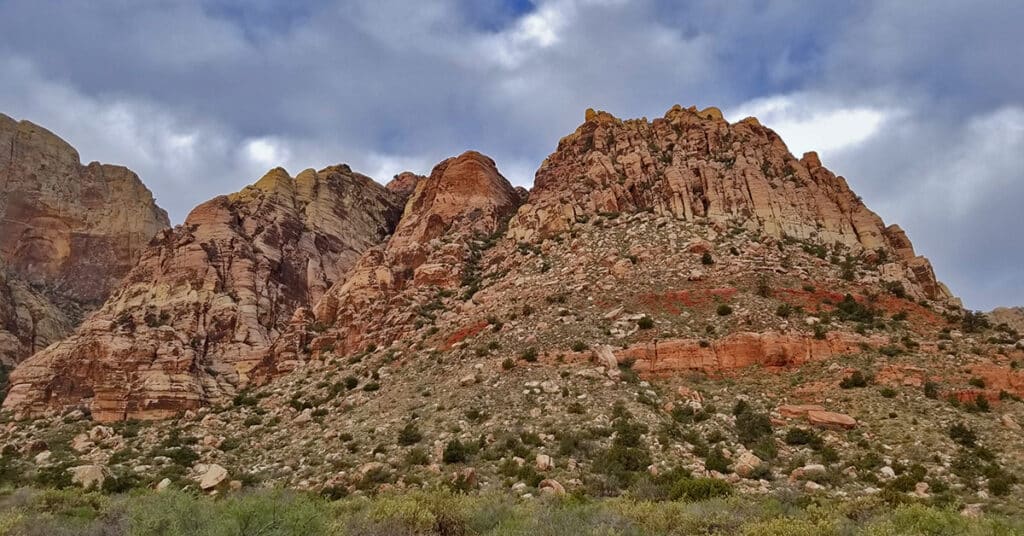 If you’re looking to climb your first peak in the Rainbow Mountains, Juniper Peak is a good start. Many of the surrounding peaks dwarf it in comparison: Mt. Wilson; Rainbow Mountain; Bridge Mountain. Experience all the beauty and challenge of a Jurassic Era Aztec red rock peak in the Rainbow Mountains of Nevada. When you are facing Juniper Peak there appear to be 3 routes from the Red Rock Park side: Two narrow chutes to the left and what looks like a more gradual approach to the right. I ended up selecting the middle of these routes – the right chute of the two chutes to the left. Hindsight says that the easier, and likely the more traditional route is the more gradual climb up the slope on the right (just before Pine Creek Canyon). Route Description: 8.7 mi/ 3,909 > 6,109ft; **Some Trails, Some Wilderness** Click image or title above for more…