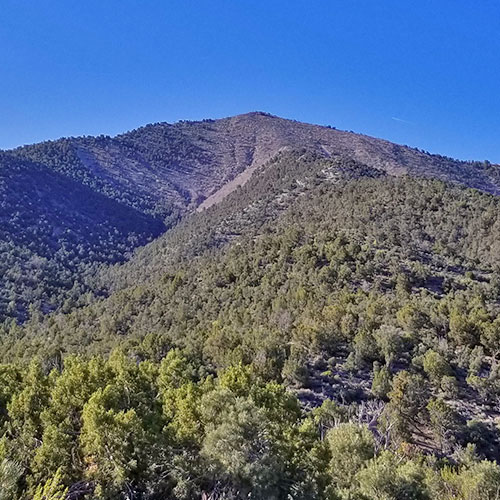 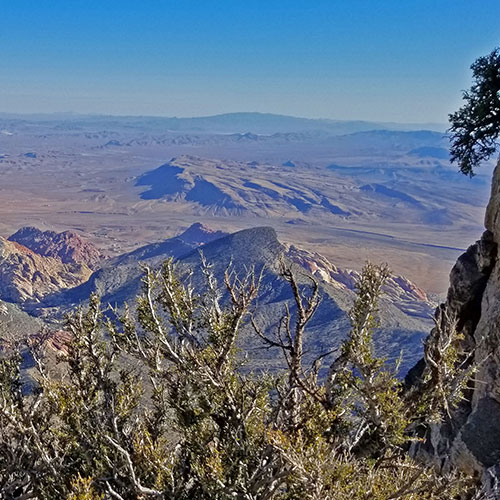 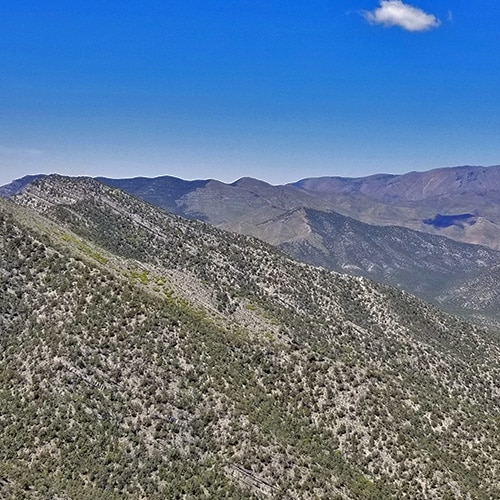 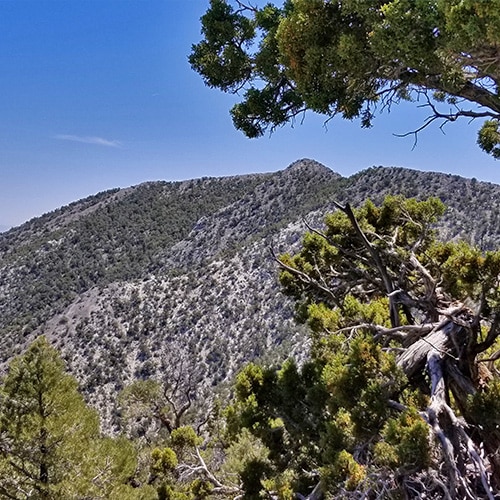 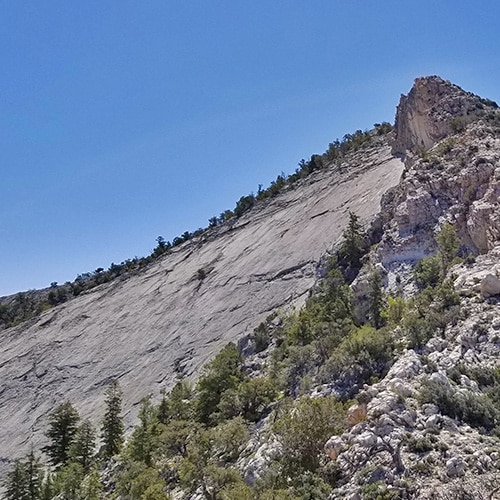 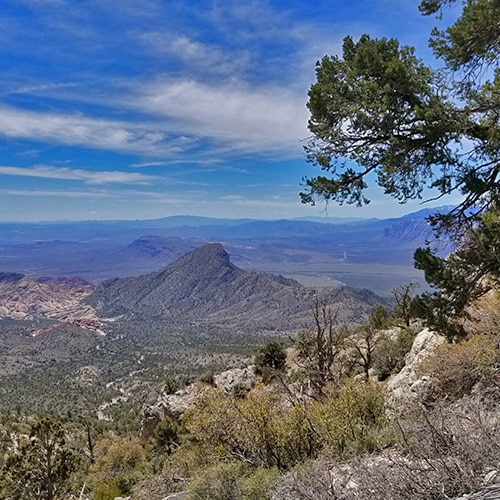 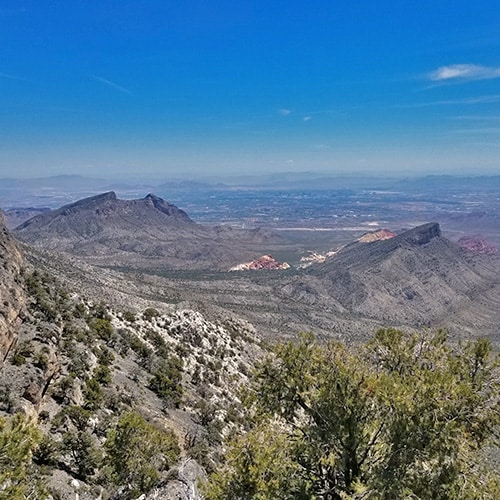 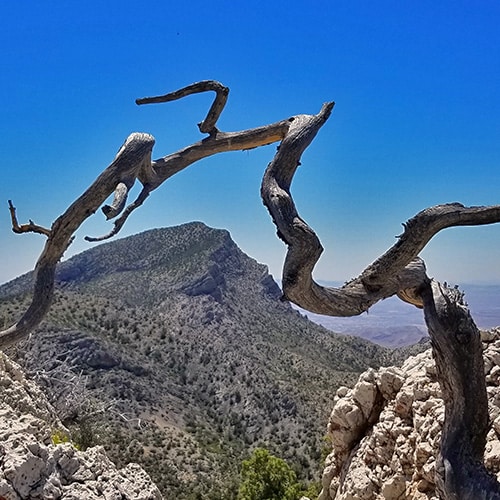 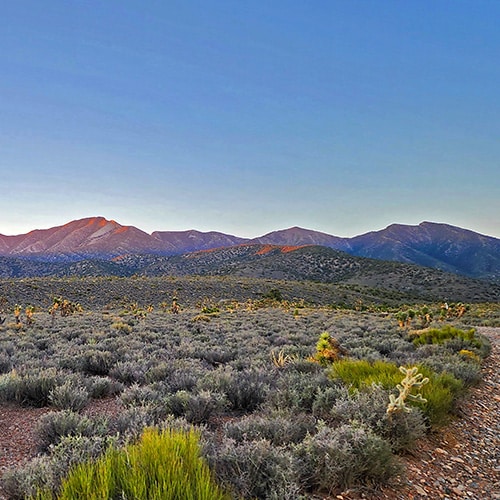 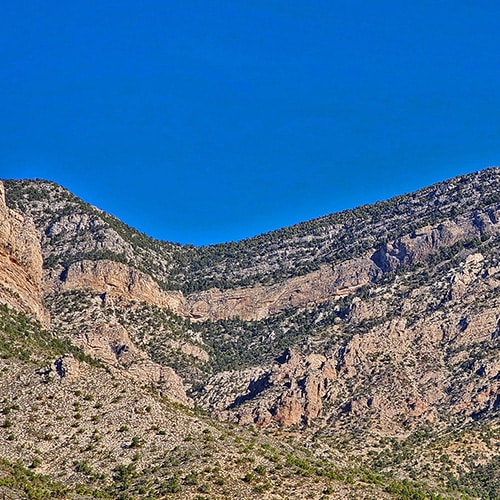 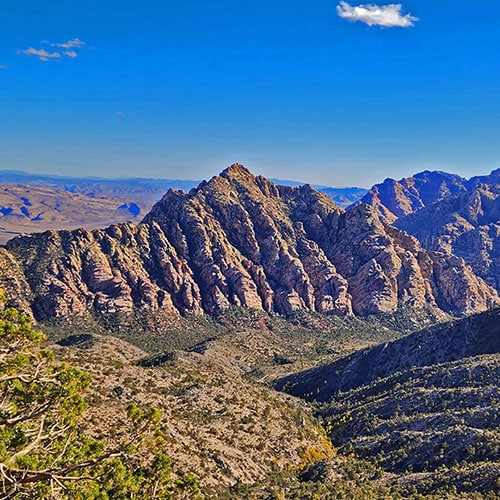 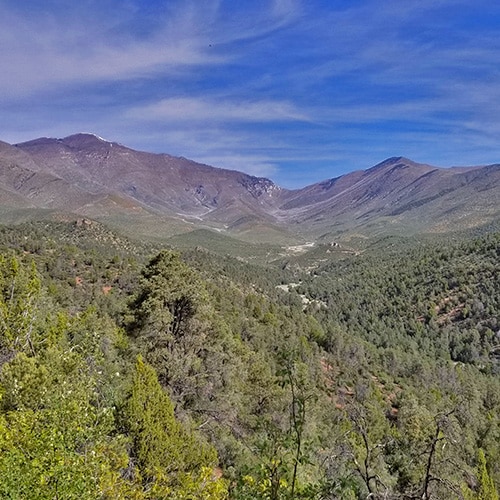 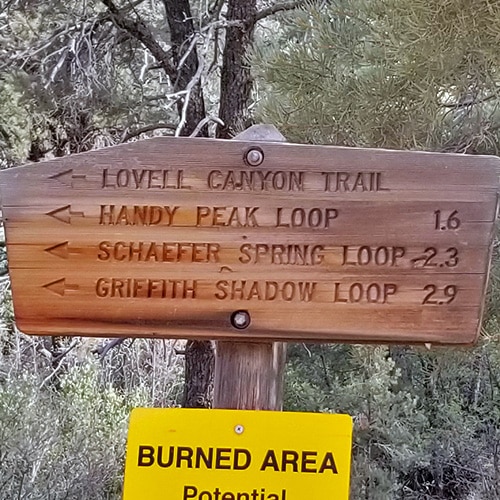 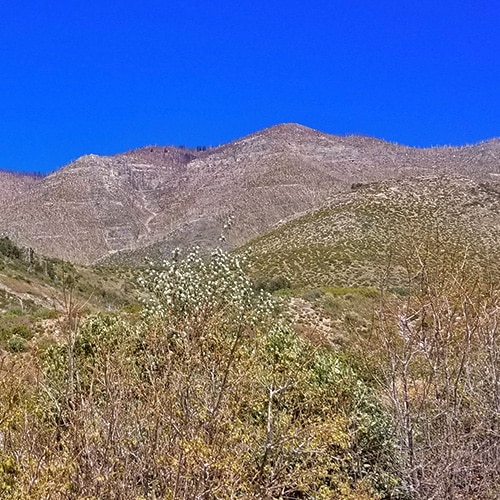 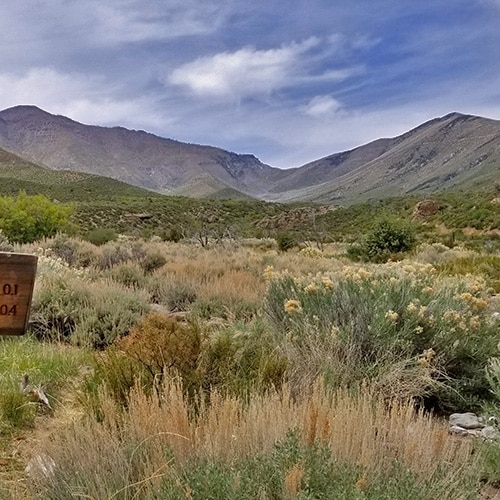 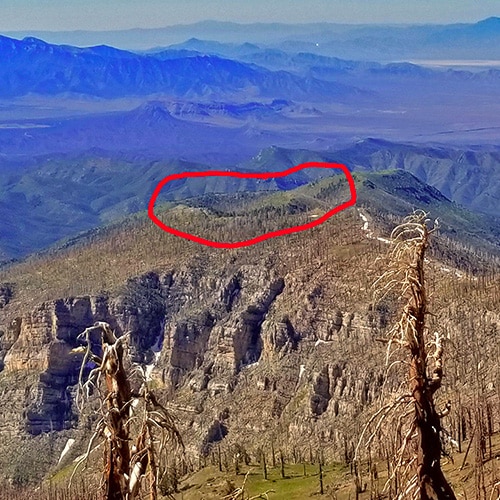 Where is La Madre Mountains Wilderness?

Were you to stand on the top of the Keystone Thrust and look beyond to the North you would be looking down on Kyle Canyon, the approach canyon to the Mt. Charleston Wilderness and the canyon at its center. The slope on the Kyle Canyon side of the Keystone Thrust is a bit gentler  than the sheer cliff on the Red Rock side. In addition, La Madre Mountains Wilderness, on the Kyle Canyon side is a lush pine and juniper forest in contrast to the stark desert landscape in Red Rock Canyon. Thus, each side of the Keystone Thrust looks like its own different world. La Madre Mountains Wilderness is largely untouched, approached only by 4-wheel drive and by foot. You can spend an entire day wandering around this huge, peaceful wilderness and not see a soul.

As you can see, La Madre Mountain sits in the middle of a vast wilderness requiring no less than a 22-mile round trip, most of which is inaccessible by motor vehicle. Yet, La Madre Mountain’s inaccessibility is its strength, making for a peaceful wild adventure! It helps being a trail runner in order to cover these long distances. Otherwise, you may want to prepare for a 2-day adventure. The amazing thing is that during the entire trip you’re only about 25-30 miles from the Las Vegas Strip and about 15-20 miles from residential Las Vegas!

And then, there’s the view from the La Madre Mountain summit, and from much of the approach route. You can see in all its glory the Mt. Charleston Wilderness, Red Rock Canyon and Calico Basin, the Sheep Range, Gass Peak and other points of interest in the further distance.

An alternate projected adventure is to explore the upper pass between the two La Madre Mountains. I have approached this pass from the South and ascended to within 500ft of the summit. A top-down exploration may fill in the missing 500ft making for a summit approach from the South. In addition, this opens up an adventure from Kyle Canyon Rd: Ascend La Madre Mountain, then descend through the South Summit Pass and circle around to the Sandstone Quarry parking lot in Red Rock Park. This adventure could also begin in Red Rock Park and end at Kyle Canyon Rd. 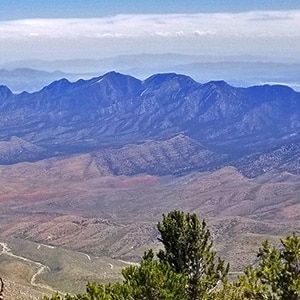